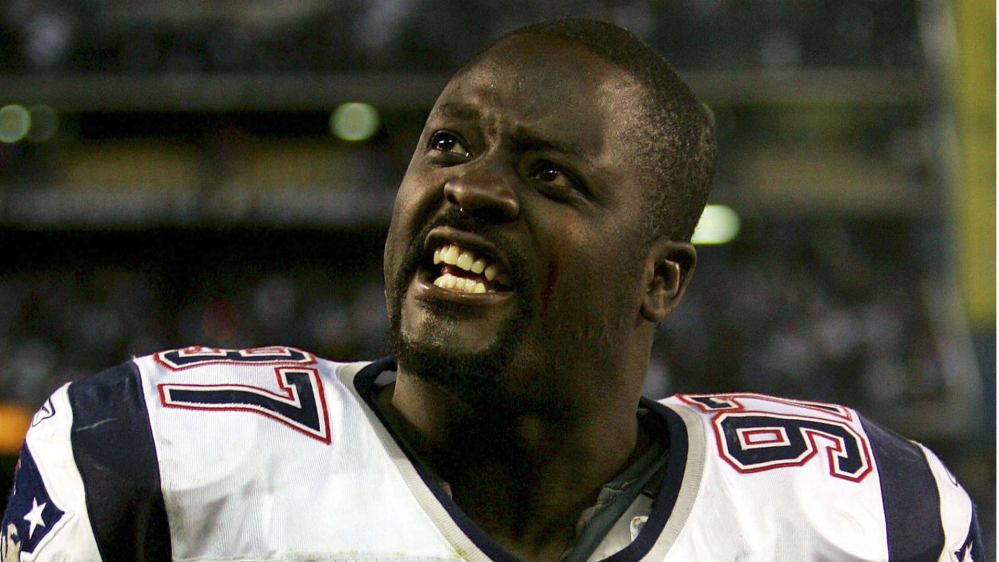 Almost two years after retiring from the NFL, Jarvis Green found himself back in training camp.

The former Patriots defensive end was learning the ins and outs of the shrimping business. But even as his now ex-wife and others kidded him by calling him “Bubba” — an allusion to Mykelti Williamson’s Benjamin Buford “Bubba” Blue character from the 1994 movie “Forrest Gump” — Green said he was more like Forrest than Bubba.

“I always say, ‘Don’t call me Bubba,’” Green recently told Omnisport. “Remember in ‘Forrest Gump,’ somebody owed somebody a favor and Forrest kept the favor. Same thing with me.

“I’m not Bubba. I’m Tom Hanks, because I’m the guy who didn’t know anything about shrimp.”

Green, who spent nine years in the NFL and won a pair of Super Bowls with the Patriots, now has a flourishing shrimp business called Oceans 97 — a reference to his jersey number.

Green and his business will be featured on QVC on Wednesday (July 19), and that’s something the 38-year-old never could have imagined when he retired after the 2010 NFL season.

A native of Donaldsonville, La., Green was an All-SEC player at LSU before the Patriots selected him in the fourth round of the 2002 NFL Draft. Because of his Louisiana roots, he had friends in the shrimping business and one of those friends, a man named Diep Tran, approached him in 2011 about going into business together.

“I won’t make money off you. I want to make money with you,” Green recalled Tran saying to him.

Because he owed Tran a favor for helping him through a personal issue, Green agreed to help Tran sell Louisiana shrimp in Boston. But first he had to learn the shrimp business from the ground up.

“I said, ‘Great, but I don’t know s— about shrimp,'” Green recalled. “I know what it tastes like and I love eating shrimp. But he said, ‘No, we’re going to teach you.’

“That was six months of training camp. That’s exactly what it was like.”

During a six-month unpaid internship in New Orleans, Green learned the shrimp business “from scratch.” He was cleaning, peeling, beheading, packing, boxing, working on the docks and the boats before finally getting into sales.

“I remember sitting on a line for eight hours a day hand-peeling shrimp, tearing up my fingernails,” Green said. “Your skin gets stuck by the point of the shrimp. It’s like a needle, the head of the shrimp.

“I went through all that, driving three hours round trip.”

“I was searching all kinds of s— about brown shrimp, white shrimp, blue shrimp, pink shrimp, hoppers, shrimp from the mid-Atlantic, shrimp from the Gulf of Mexico, why import shrimp is different than domestic shrimp,” Green said. “It was Shrimp 101.”

Through it all, Green also ate a lot of shrimp and learned various ways to cook it. That led to the creation of Green’s signature sauces, which he will be pitching on QVC.

“A third-grader could read my ingredients,” Green said of his organic sauces. “They make stuff today for shelf life, not quality. My product is something that is high quality, restaurant quality. It’s all natural, fresh ingredients. No powders, no dyes. None of that stuff.”

After a bad financial investment in North Dakota and working construction in Baton Rouge, Green was ready for a new venture. His decision was met with skepticism by those close to him, including his ex-wife, who told him he was “living a fairy tale.”

“She said, ‘You think you’re f—g Bubba?'” Green recalled. “She told me that s— and thought it was a joke.

“I wanted to do something different because when I was doing construction, I was bored.”

He launched Oceans 97 on Feb. 15, 2015, with a base of operations in the Boston neighborhood of Dorchester and an office in Baton Rouge, and distributes shrimp through his purveyor, Dole & Bailey.

While Green is proud of his football career, he said breaking down “a lot of walls” to get his business off the ground was a blessing.

“I never thought I would fall in love with the shrimp business,” Green said. “Football was one thing, but what I’m doing now is priceless. If I had to do it over the same way, I would.

“The dreams are coming true.”