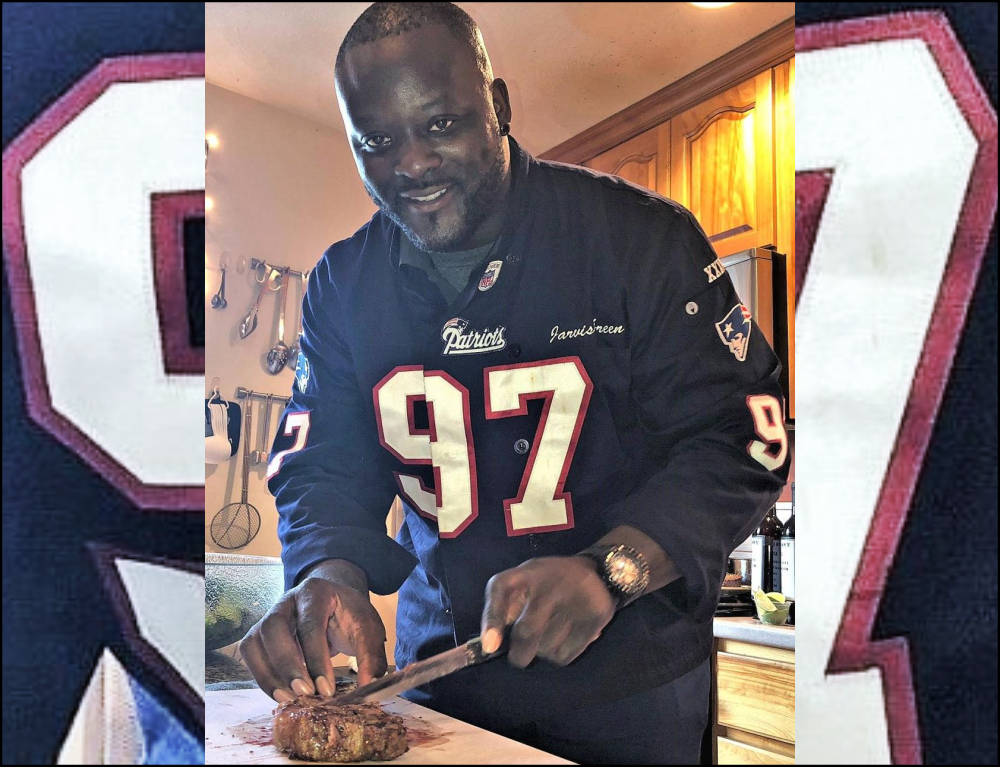 When Jarvis Green, a standout LSU defensive lineman and two-time Super Bowl champion with the New England Patriots, left the field behind, he never dreamed he would end up knee deep in shrimp.

But almost 10 years out from his playing days, Green is the owner of Oceans 97, a seafood company that started out with wholesale shrimp distribution and now is selling its products, including its newest — shrimp paté — in stores all over the country.

Green, who graduated from LSU with a degree in construction engineering, said he always knew he wanted to own his own business, but never thought it would have anything to do with Louisiana’s favorite seafood.

After retiring from football in 2010, Green dabbled in real estate in Colorado and North Dakota, but after a year, the Donaldsonville native came home to Louisiana. In 2012, he was approached by a friend to whom he said he owed a favor.

“He asked me to come help his family sell shrimp,” said Green. “I told him OK, but that I didn’t know anything about shrimp. I know what they taste like and that I like to eat them, but that was about it.”

Never one to do anything halfhearted, Green began a six-month stint to learn everything he could about the shrimp industry.

“I started off peeling and deveining shrimp for eight hours a day for two weeks,” said Green, who turned 40 this year. “Then I moved on to sorting and working in the ice house to fill the vats. Next was working in packaging. Every week, I’d do sales for an hour or so.

“Thank God for Google,” he added with a laugh. “There’s not a question that can’t be answered.”

From his land-based jobs, Green headed out to work on the shrimp boats and docks before moving full time into sales.

“There were a lot of no’s … for every 20 calls I’d get one yes,” he said. “On cold calls, I didn’t tell them who I was, that I’d played in the NFL. I did that for two years. Then some things happened, and I knew I wanted to own my own company.”

That company is Oceans 97, Green’s number from his Patriots’ days.

The company’s entrée into the shrimp industry was as a wholesale distributor to high-end restaurants in partnership with companies like Massachusetts-based food distributor Dole & Bailey, which ships Oceans 97’s shrimp throughout New England and into the Atlanta area.

In just two years, the company grew rapidly, and, in July 2017 launched its own line of gourmet easy-to-cook meals of shrimp in a variety of sauces — Caponata, Chimichurri, Coconut Curry, Garlic Butter, Jambalaya, New Orleans BBQ, Pomodori and Red Gravy — to which you add pasta or rice. They are available at Whole Foods.

Now the company is launching Jarvis Green’s Shrimp Paté, which is available at Rouses Markets and HomeGoods. It will also be on QVC in time for the holidays.

Green worked for five years to develop the paté, experimenting to come up with a recipe that is friendly to those with diabetes, high blood pressure and obesity.

While most of his time was spent on the football field, Green said he’s no stranger to the kitchen.

“I grew up in south Louisiana,” he said. “My mom was always in the kitchen, and I was always looking to see what was cooking.”

Most people think of paté as foie gras, made of duck or goose liver.

“This is 100% shrimp infused with natural ingredients,” said Green, adding there’s no MSG, no fillers, no artificial fillers and no snow crab or pollock.

The shrimp are wild-caught or farm-raised, low in mercury and made with real butter, he said.

The paté flavors include Shrimp Rillettes, Creamy Lemon, New Orleans BBQ, Hickory Smoked and Jalapeño Chili. It comes in cans, each of which contains two servings.

Green said the paté makes a great addition to a charcuterie board or vegetable tray, or you can slather it on a sandwich or burger to “amp up the flavor.” He also suggested using it to top a salad or adding it to an omelet.

Green said he’s still spending time in the kitchen coming up with new ways to use the products. And, when he’s not in the kitchen, he’s on the road promoting the new paté.

“I want this to be a millennial staple,” he said.

He’ll be handing out samples of his paté on Oct. 12 at a tailgate before the LSU vs. Florida game in Tiger Stadium.

Green, who splits his time living in Old Arabi and Attleboro, Massachusetts, tries to get back to LSU for at least one game each season.

“I miss that camaraderie,” he said.

In addition to Oceans 97, he runs the Jarvis Green Foundation, which focuses on teaching youngsters how to live an overall healthy life, as well as providing resources to single mothers affected by natural disasters.