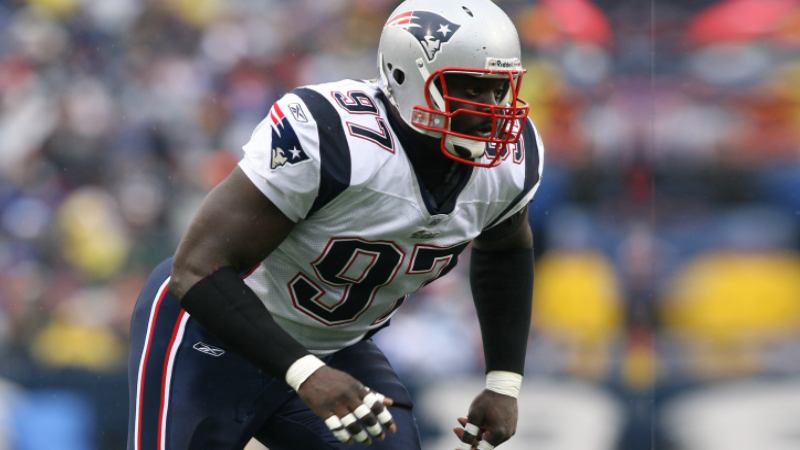 Baton Rouge, LA – Jarvis Green, and his company, Oceans 97, will debut his U.S. wild-caught shrimp on the QVC network on July 19th between 5:00 – 6:00 pm (EDT) For the first time, Green will offer his gourmet shrimp with a choice of four special sauces that he created: Garlic Butter, Asian Chimichurri, Cajun Curry and New Orleans Style BBQ.

Viewers will hear the story of how Green, a Louisiana native, turned in his jersey after a nine-year career in the NFL as an integral member of the New England Patriots defense, and built Oceans 97 from the ground up with the idea of providing his customers with amazing tasting, quality shrimp.

“Coming from Baton Rouge, I was fortunate to enjoy shrimp that would make my mouth water on a consistent basis,” Green said. “I want people to taste my shrimp and know that they are getting the best tasting shrimp on the planet. In addition, I feel even better knowing that my shrimp supports American fishermen.”

Green embarked on his career in the shrimp industry following a nine-year NFL career as a defensive lineman during which he was part of the New England Patriots Super Bowl XXXVIII and XXXIX winning teams. Green was originally drafted by the Patriots in the fourth round of the 2002 NFL Draft after a standout career at LSU.

Following his retirement from the NFL, he learned the shrimp business from the ground up, performing every possible task from de-heading shrimp to being a sales associate. He completed an internship with Atwells Restaurant Group before launching Oceans 97 in 2015. In just two years, Green has grown and expanded the company, which has now been featured at more than 50 food and beverage shows around the country.

In June 2017, Green was received a highly coveted invitation from Walmart to be one of 500 people who would participate in an open call to present their products and be considered as future vendors.

“I can’t wait to share my shrimp and my story with the QVC audience,” Green said. “Now, within a few minutes, they will be able to make a meal at home that they could expect if they were to go to a five-star restaurant.”

Oceans97 shrimp will also be available online starting on July 19th at http://qvc.co/Oceans97Shrimp-EM

About Oceans 97
Oceans 97 is a National Minority Supply Diversity Chain Company that is located on the bayous of Louisiana and is a licensed shrimp wholesaler with the Department of Wildlife & Fisheries in the state of Louisiana. It coordinates with local processors to provide wild-caught Gulf of Mexico shrimp of the highest quality to wholesalers, restaurants and consumers throughout the United States and Canada. The primary processing plant is Oceans 97 located in Baton Rouge, LA. Oceans 97 prides itself on its commitment to providing natural, free-range shrimp of superior quality and freshness. As part of that commitment it follows 100% traceability practices and adheres to very stringent food safety guidelines in accordance with the USDA, FDA and State of Louisiana regulations. It is also committed to preserving the culture and tradition of the Louisiana coastal ecosystem while sustaining American jobs and supporting local families and communities. Among its goals is to educating consumers on the many benefits of wild-caught American shrimp versus farm-raised shrimp imported from countries with questionable business practices and ethics. Oceans 97’s mission is to provide consumers with a high quality, sustainable, superior product that gives them a healthy and unforgettable dining experience.

About QVC
QVC, Inc., a wholly owned subsidiary of Liberty Interactive Corporation (NASDAQ: QVCA, QVCB), is the world’s leading video and ecommerce retailer. QVC is committed to providing its customers with thousands of the most innovative and contemporary beauty, fashion, jewelry and home products. Its programming is distributed to approximately 360 million homes worldwide through operations in the U.S., Japan, Germany, United Kingdom, Italy, France and a joint venture in China. Based in West Chester, Pa. and founded in 1986, QVC has evolved from a TV shopping company to a leading ecommerce and mobile commerce retailer. The company’s website, QVC.com, is ranked among the top general merchant Internet sites. QVC, Q, and the Q Ribbon Logo are registered service marks of ER Marks, Inc.